There are two famous sayings, one is Names are only hollow words, whereas the other one Nomen est Omen has a totally different meaning.

So there exist many different terms for  the SVT. We would like to explain some of them and we want to start with the official terms for the railcar built by the VEB Waggonbau Görlitz. 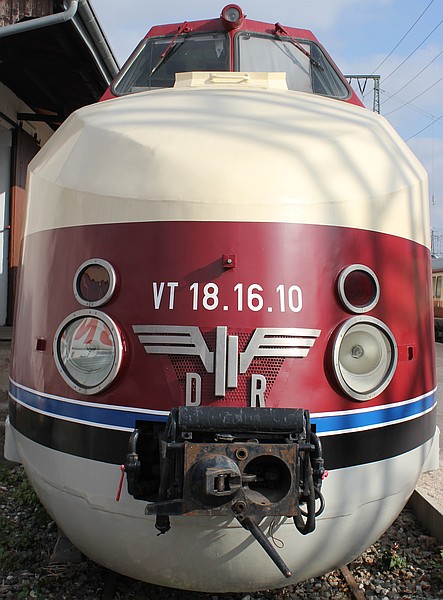 First, no one of these railcars got a name as it is typical for the Intercity Express today. All these names mentioned above refer to railway lines regardless of the running gear. So, for example, before the SVT Görlitz was put into service old vehicles had been used on the tracks. Later after the SVT Görlitz was taken out of operation locomotives were used instead. Depending on schedule terms during the year trains of different German railway administrations were used. Nevertheless, all these different names have a close connection to the SVT and some of them are even better known than the terms officially used for the train.

Through our project A Train for Central Germany we want to link again the historical train with all those old historical terms once used for the train. So for us names are definitely not hollow words but ambition, scheme and purpose.

We use cookies on our website. Some of them are essential for the operation of the site, while others help us to improve this site and the user experience (tracking cookies). You can decide for yourself whether you want to allow cookies or not. Please note that if you reject them, you may not be able to use all the functionalities of the site.